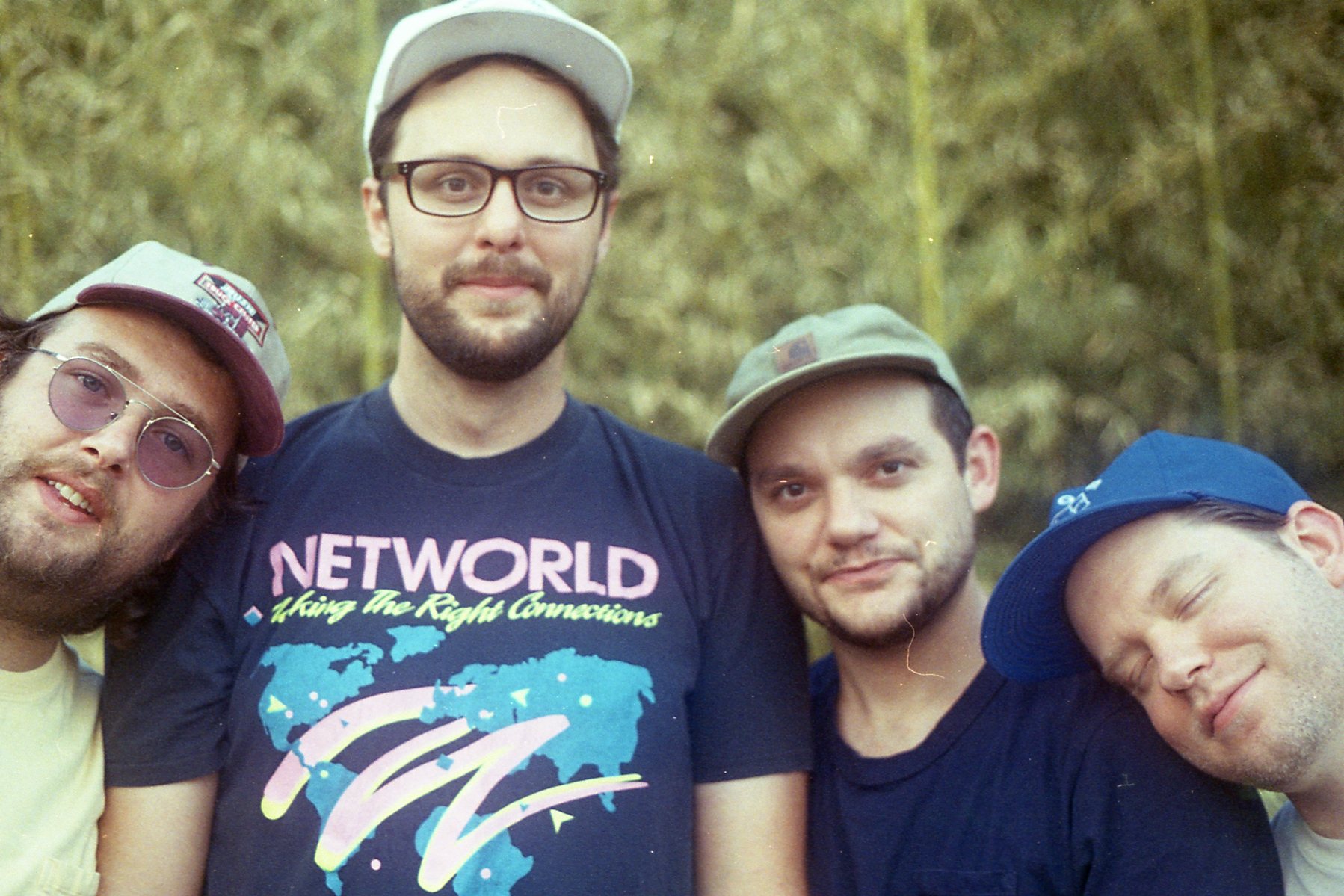 Born and raised in small Texas towns, the members of Good Looks met and began playing together in Austin. Songwriter Tyler Jordan grew up in a South Texas coastal town dominated by the petrochemical industry, his childhood steeped in the tension between nature and industry, exploitation abundantly present and the wealth gap on full display. His father’s church, described by Tyler as “cult-like in its intensity,” was homebase and where he learned to sing. Tyler eventually met lead guitarist Jake Ames in the late-night song-swap circles of the Kerrville Folk Festival campground (where they would also meet Buck Meek and Adrianne Lenker
pre-Big Thief). They shared their mutual love of the Texas hill country canon (Blaze Foley, Townes Van Zandt, and Willie Nelson), a love of cheap diner food, thrift store baseball caps, and a healthy dose of harmless shit-talking. They began playing in bands together, backing up other songwriters and taking turns in the spotlight. They sought out producer Dan Duszynski (Loma, Cross Record, Jess Williamson) to engineer their debut album. What would form was Good Looks, a blue-collar political indie-rock band with healthy doses of Replacements swagger and shimmering, desert rock riffs not unlike The War On Drugs.