Moses: The Man Who Saw the Invisible God (Paperback) 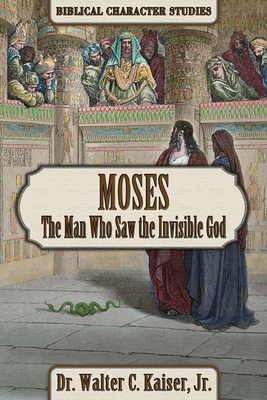 The name and man Moses towers over all of Pentateuchal history for he is mentioned almost 300 times in the book of Exodus alone and almost 750 times in the entire TaNaKh (OT). But this fails to account for the fact that he is further mentioned over 700 times in the rest of the Old Testament, as a whole and some 80 times in the New Testament. In fact, Moses is accorded a unique status among mortals in Deuteronomy 34:11, which noted that, "No one has ever shown the mighty power or performed the awesome deeds that Moses did in the sight of all Israel." Moses was a man of many tasks: he was a prophet, a priest, a leader of Israel, a poet, a miracle worker, a hero of the exodus, a receiver of God's word, and the founder of God's law as well as being a savvy political administrator. He is the author of the first five books of the Old Testament, and he is variously described as "a man of God," and "a servant of the Lord" (Neh. 10:29). No wonder he is so highly regarded in Scripture.

Walter C. Kaiser graduated from Wheaton College and Graduate School, obtaining his Ph.D. at Brandeis University. He then taught at Trinity Evangelical Divinity School where he served as vice president and academic dean from 1980 to 1992. In 1993 he moved to Gordon-Conwell Theological Seminary, where he was a professor of Old Testament and spent many months of the year teaching internationally. He became president of Gordon-Conwell in 1997 and retired in 2006. He is currently President Emeritus and Distinguished Professor of Old Testament and Ethics and lives on a farm in Wisconsin with his wife, Nancy.