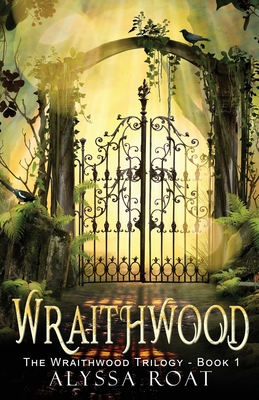 An estranged uncle, a mysterious mansion, and Arthurian legend-together they lead to a world of magic and bloodthirsty wizards who want teenage Brinnie dead.

Brynna "Brinnie" Lane has always lived a quiet life under the watchful eye of her hovering mother-until she's sent off for the summer to live with an uncle she didn't know she had. While her parents get to travel across the globe, she'll be spending three months in the middle of nowhere: upstate New York. It looks like she might spend the entire summer friendless with her nose in a book.

However, she soon finds that Wraithwood Estate, her uncle's creepy old mansion, holds as many secrets as the man himself. When Brinnie is warned not to explore any of it, her curiosity only grows. As unnatural events take place and Brinnie hears whispers of a hidden war, she must unravel the truth about her family's mysterious past if she wants to survive.

Something terrible happened at Wraithwood thirty years ago, and Brinnie is determined to find out what-even if it means confronting the possibility that magic is real.