Into the River (Devon Santos) (Hardcover) 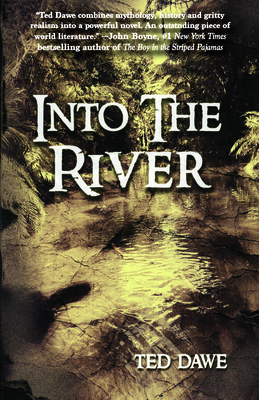 Into the River (Devon Santos) (Hardcover)


Usually Ships in 1-2 Days
Winner of the Margaret Mahy Award Some rivers should not be swum in. Some rivers hold secrets that can never be told. Te Arepa is an adventurous Maori boy, bound to the history, customs and rituals of his people. Yet when he comes upon a giant eel while fishing, he is convinced the creature is a taniwha, or water demon, and follows it. Yet what Te Arepa finds in the river is far different, far more sinister. And it will change his life forever. Te Arepa has always been curious about experiencing life beyond his tribe. His wishes seem granted when he is awarded a scholarship at a prestigious boarding school, far away from the Maori. Leaving behind his family and their traditions, Te Arepa sets out to discover a strange new world with customs of its own...as well as new enemies. When he arrives at school, Te Arepa finds the freedom and everything it offers intoxicating. But to fit in, he realizes that he must shed his identity, culture, and even his name. And he comes to realize that what the water demon showed him in the darkness of the river that day changed him, and that freedom comes with a heavy price.

Ted Dawe has worked over the years as an insurance clerk, store man, builder's labourer and fitter's mate, and flown hot air balloons over Hyde Park. He's also been a university student, world traveler, high school teacher, and English language teacher. His first novel, Thunder Road, won both the Young Adult Fiction section and the Best First Book award at the New Zealand Post Book Awards for Children & Young Adults and will be released by Polis Books. Into The River won the Margaret Mahy award, which is presented annually to a person who has made an especially significant contribution to children's literature, publishing or literacy, and honours New Zealand's leading author for children." Visit him online at TedDawe.com.