A Slave's Education in Courage: The Life of Frederick Douglass (Setting the Stage for Fluency) (Library Binding) 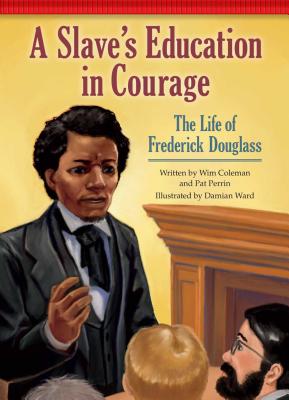 In 1845, Frederick Douglass's first autobiography became a bestseller. Many readers could not believe that such a brilliant writer was ever a slave. When Douglass wrote the book, slavery had not yet ended so he kept secret how he escaped from Maryland. By 1881, the Civil War had ended slavery and Douglass felt the time was right to reveal how he escaped. This play is adapted from Douglass's own words from The Life and Times of Frederick Douglass.