Jesus Is Risen: Paul and the Early Church (Paperback) 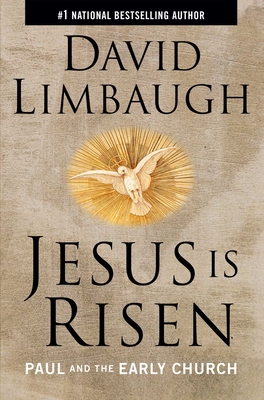 Jesus Is Risen: Paul and the Early Church (Paperback)


Special Order - Subject to Availability
Originally confined to a small circle of believers centered in Jerusalem, Christianity's stunning transformation into the world's most popular faith is one of history's greatest, most miraculous stories.

In Jesus Is Risen, #1 national bestselling author David Limbaugh provides a riveting account of the birth of Christianity. Using the Book of Acts and six New Testament epistles as his guide, Limbaugh takes readers on an exhilarating journey through the sorrow and suffering, as well as the joys and triumphs, of the apostles and other key figures as Christianity bursts through the borders of Judea following the death, resurrection, and ascension of Jesus Christ.

Limbaugh particularly focuses on the crucial role that the Apostle Paul played in these historic events. Facing incredible adversities, from arrests to shipwrecks to violent mobs and murder plots, Paul overcomes countless obstacles as he travels far and wide to spread the Gospel. In Jesus Is Risen you will discover:

• How the apostles themselves disproved modern arguments that early Christians did not believe in Jesus’ divinity.

• The true story behind the first conversion to Christianity by a Gentile.

• The many underhanded ways Christianity’s opponents tried in vain to stifle the Church in its infancy.

• Paul’s most effective techniques and arguments for bringing converts to Christ.

Throughout these pages, Limbaugh’s passion for the Bible is unmistakable and infectious. Replete with deep insights into the actions, arguments, and challenges of the world’s first Christian communities, Jesus Is Risen is a faith-affirming book for Christians at all stages of their faith walk.
David Limbaugh is a lawyer, nationally syndicated columnist, political commentator, and the author of ten bestsellers, including Jesus on Trial, The Emmaus Code, The True Jesus, and Jesus is Risen. The brother of radio host Rush Limbaugh, he lives in Cape Girardeau, Missouri, with his wife and children. Follow him on Twitter: @DavidLimbaugh.