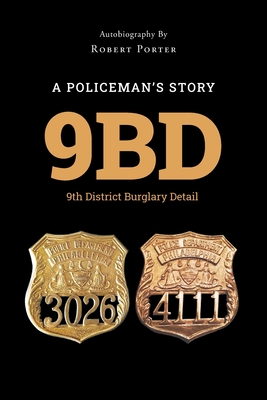 This is an autobiography of a Philadelphia policeman. It was the 1960s, and the Vietnam War was raging. The temperature on the streets of Philly was as hot as the war itself. Just the geography changed. He came back from the war with every intention of bringing peace and stability to his city, his home. He would tell the story as only he could. Bob Porter, Dirty Harry, at least, that's what his friends on the force called him affectionately. He started at the police academy and went straight to uniform patrol. In less than two years, having established a successful patrol record with his partner, Pete Forjohn, he was then assigned to 9 BD (Ninth District Burglary Detail), a plainclothes unit.

Because of their many arrests and convictions, a second unit was started in this district, and their call sign was changed from 9BD to 9BD-1. The second unit was then called 9BD-2. Through both burglary detail activities, the city of Philadelphia was given a grant from the state to form a citywide unit called Act 1 and Act 2. He and his partner Pete served on the Ninth District Burglary Detail on 9BD-1 for thirteen years. They had over 1,400 arrests with a 98 percent conviction rate. They received over twenty-two commendations, including one from the citizens of Philadelphia called the Chapel of the Four Chaplains Award (which is the one he's most proud of). Having served on the burglary detail for thirteen years and working for six different captains, they were then transferred back to uniform patrol. After serving a total of twenty-three years, he retired on July 1, 1992. His partner Pete Forjohn retired a year later.