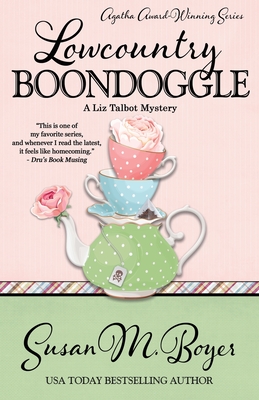 This is book number 9 in the Liz Talbot Mystery series.

A shocking number of people had reasons to want the genteel, bowtie wearing, tea-drinking professor dead. Was it one of his many girlfriends or a disgruntled student? Or perhaps Murray was killed because his failure to invest meant the hemp farm trio's dreams were going up in smoke?

Though Liz's long-dead best friend, Colleen, warns her the stakes are far higher than Liz imagines, she is hellbent on finding the no-good killer among the bevy of suspects. But will the price of justice be more than Liz can bear?