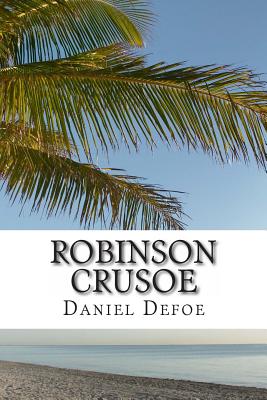 Restless Classics presents the Three-Hundredth Anniversary Edition of Robinson Crusoe, the classic Caribbean adventure story and foundational English novel, with new illustrations and an introduction by rising Jamaican writer Garnette Cadogan that contextualizes the book for our globalized, postcolonial era. When Daniel Defoe published Robinson Crusoe in 1719, many of the readers who quickly became obsessed with the adventure story were convinced that it was a true-life travelogue written by its protagonist. Its original, full title drew them in: The Life and Strange Surprizing Adventures of Robinson Crusoe, Of York, Mariner: Who lived Eight and Twenty Years, all alone in an un-inhabited Island on the Coast of America, near the Mouth of the Great River of Oroonoque; Having been cast on Shore by Shipwreck, wherein all the Men perished but himself. With An Account how he was at last as strangely deliver'd by Pyrates. Three centuries later, the book remains a classic of the adventure genre and is widely considered the first great English novel. The book also has much to teach us, in retrospect, about entrenched attitudes of the colonizers toward the colonized, and it stands at the beginning of a long tradition of colonial literature and representation that still resounds today. Now with a new introduction by rising Jamaican-born journalist and scholar Garnette Cadogan and vivid illustrations by the Mexican artist Eko, the Restless Classics edition of Robinson Crusoe invites readers to reconsider this tale of a castaway who spends thirty years on a remote tropical island near Trinidad, encountering cannibals, captives, and mutineers before ultimately being rescued.