The Empty Tomb: Jesus Beyond The Grave (Hardcover) 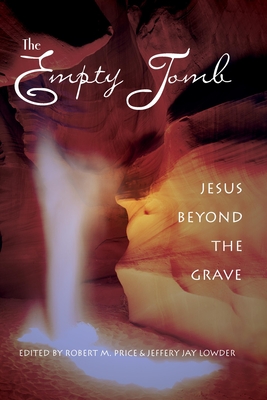 Did Jesus rise from the dead? Although 19th- and early 20th-century biblical scholarship dismissed the resurrection narratives as late, legendary accounts, Christian apologists in the late 20th century revived historical apologetics for the resurrection of Jesus with increasingly sophisticated arguments. A few critics have directly addressed some of the new arguments, but their response has been largely muted. The Empty Tomb scrutinizes the claims of leading Christian apologists and critiques their view of the resurrection as the best historical explanation.

Robert M. Price, Ph.D. (Selma, NC), professor of scriptural studies at the Johnnie Colemon Theological Seminary, is the editor (with Jeffery Jay Lowder) of The Empty Tomb: Jesus Beyond the Grave and the Journal of Higher Criticism. He is also the author of Top Secret: The Truth Behind Today’s Pop Mysticisms; The Paperback Apocalypse: How the Christian Church Was Left Behind; The Reason-Driven Life: What Am I Here on Earth For?; The Incredible Shrinking Son of Man; and Deconstructing Jesus; among other works.

Jeffery Jay Lowder is the cofounder and past president of Internet Infidels, Inc., an international coalition of nontheists dedicated to promoting and defending a naturalistic worldview on the Internet.