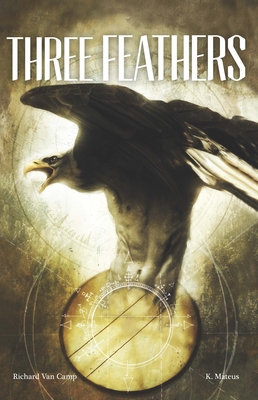 Three young men -- Flinch, Bryce, and Rupert -- have vandalized their community. They are sent by its Elders to live nine months on the land as part of the circle sentencing process. There, the young men learn to take responsibility for their actions and acquire the humility required to return home. But will they be forgiven for what they've done?

Three Feathers explores the power and grace of restorative justice in one Northern Indigenous community and the cultural legacy that can empower future generations.

RICHARD VAN CAMP is a proud member of the Tlicho Nation from Fort Smith, Northwest Territories. He is the author of 22 books including The Lesser Blessed (also a feature film), the Eisner Award nominated graphic novel, A Blanket of Butterflies (with Scott B. Henderson), and Three Feathers (also a feature film). He is a contributor to the groundbreaking graphic novel anthology This Place: 150 Years Retold. Richard is also the author of four collections of short stories, including Night Moves, and five baby books, including the award-winning Little You (with Julie Flett).