Commentary on Revelation: Or, the Apocalypse (Paperback) 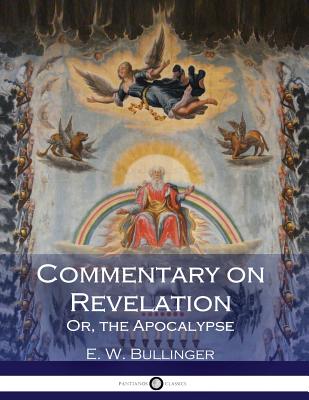 This edition of Commentary on Revelation contains the original tables, so that readers may comprehend fully the explanations of the author.
E. W. Bullinger's commentaries on the Bible are rightfully renowned. He remains a much-consulted source on the Book of Revelation, which has long been considered one of the most unusual and difficult to interpret portions of the New Testament. Many Christians find the text impenetrable, as its insights are hidden behind cryptic passages.
A determined Biblical scholar and lifelong clergyman, E. W. Bullinger spent decades poring through the ancient texts of Christianity. He attempts to make even the most difficult passages, shrouded in nuance and unusual phrasing, clear for ordinary believers to understand. He commonly uses letters and lists to better arrange and explain the text, and on occasion uses columned tables to properly present and align information.
This book is divided into specific chapters, each of which corresponds to a set of passages, event or vision which took place in the Book of Revelation. Bullinger looks at each passage in sequence, and presents a clear explanation which sits well with the Biblical canon. References to chapters and verse are bracketed, and readers may also follow along by having a copy of the New Testament to hand during readings.
Those who read the Bullinger commentaries often feel a sense of enlightenment and demystification. Although usually acquainted with the Holy Bible from childhood, many Christians spend their lives not realizing the true depth and meaning behind the more difficult books of the Bible. E. W. Bullinger believed that any Christian, not merely scholars or member of the priesthood, could and should grasp the Word of God to the fullest.
Although controversial and even condemned as blasphemous when he was alive for some of his theological views, E. W. Bullinger's labors to explain the Bible are mostly well-received by modern readers. Few scholars of the mysterious texts of the Bible present theses as thorough, tenacious and well-argued as Bullinger's. It is for this reason that his accounts, supported by voluminous research, are appreciated to this day.