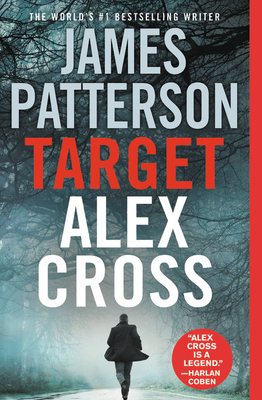 This is book number 24 in the Alex Cross series.

When a ring of six elite assassins strikes D. C., Alex Cross teams up with the Secret Service and the FBI to take down a dangerous threat that could destroy America.
A leader has fallen, and Alex Cross joins the procession of mourners from Capitol Hill to the White House. Then a sniper's bullet strikes a target in the heart of D.C. Alex Cross's wife, Bree Stone, must either solve the case or lose her position as the city's newly elevated chief of detectives. The Secret Service and the FBI deploy as well in the race to find the shooter. Alex is tasked by the new President to lead an investigation unprecedented in scale and scope. But is the sniper's strike only the beginning of a larger attack on the nation?
James Patterson holds the Guinness World Record for the most #1 New York Times bestsellers, and his books have sold more than 350 million copies worldwide. He has donated more than one million books to students and soldiers and funds over four hundred Teacher Education Scholarships at twenty-four colleges and universities. He has also donated millions to independent bookstores and school libraries.