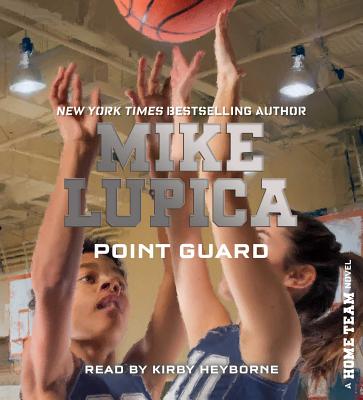 Gus and Cassie have always been on the same team off the field, but in this third novel in New York Times bestselling author Mike Lupica’s Home Team series can they stay friends when they’re on the same court?

Everyone assumes that Gus, whose family is from the Dominican Republic, is a baseball guy. But this year Gus is even more excited about basketball than any other sport he’s ever played. He’s been practicing some new moves and lately he’s more surprised when he misses his shot than when he scores. Plus now that he’s convinced his friend Teddy to try out for the team and Jack’s shoulder is healed, it looks like Walton’s home team will be unstoppable.

But this isn’t going to be the season Gus expected, because their team is getting a new player—and she just happens to be one of his best friends. Gus knows Cassie is more than good enough to compete on the boys’ team, and besides they really do need a point guard, so why isn’t he able to shake the feeling that she belongs on their bleachers rather than their bench? And to make matters worse, with their center Steve Kerrigan constantly making comments about his Dominican heritage, and Steve’s dad voicing his views on immigration as he runs for office, Gus is starting to wonder if he really belongs in Walton after all.

Can Gus find a way to bring the home team together both on and off the court, or will all these prejudices block their shot at a winning season?