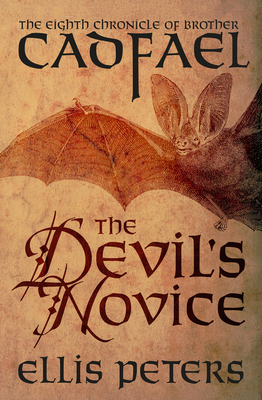 From the Edgar Award-winning author: When a troubled novice is blamed for a priest's disappearance, Brother Cadfael seeks to save his soul--and his life. Outside the pale of the Abbey of Saint Peter and Saint Paul, in September of 1140, a priestly emissary for King Stephen has been reported missing. But inside the pale, what troubles Brother Cadfael is a proud, secretive nineteen-year-old novice. Brother Cadfael has never seen two men more estranged than the Lord of Aspley and Meriet, the son he coldly delivers to the abbey to begin a religious vocation. Meriet, meek by day, is so racked by dreams at night that his howls earn him the nickname "the Devil's Novice." Shunned and feared, Meriet is soon linked to the missing priestly emissary's dreadful fate. Only Brother Cadfael believes in Meriet's innocence, and only the good sleuth can uncover the truth before a boy's pure passion, not evil intent, leads a novice to the noose.

Ellis Peters is a pseudonym of Edith Mary Pargeter (1913-1995), a British author whose Chronicles of Brother Cadfael are credited with popularizing the historical mystery. Cadfael, a Welsh Benedictine monk living at Shrewsbury Abbey in the first half of the twelfth century, has been described as combining the curious mind of a scientist with the bravery of a knight-errant. The character has been adapted for television, and the books drew international attention to Shrewsbury and its history. Pargeter won an Edgar Award in 1963 for Death and the Joyful Woman, and in 1993 she won the Cartier Diamond Dagger, an annual award given by the Crime Writers' Association of Great Britain. She was appointed officer of the Order of the British Empire in 1994, and in 1999 the British Crime Writers' Association established the Ellis Peters Historical Dagger award, later called the Ellis Peters Historical Award.