The Book Of Revelation: A Study of The Last Prophetic Book of Holy Scripture (Paperback) 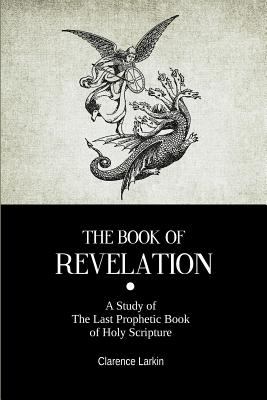 This work is the result of 25 years' study of the Book of Revelation. Twice within 6 years the writer gave a 4-months' course of Sunday morning sermons to his people on the Book. These lectures have also been given in Bible Institute Courses, illustrated with large, colored, wall charts. The Book of Revelation is interpreted from the Futurist Standpoint. Chapters two and three cover the present Church Dispensation. From chapter four until the end of the Book all is future. The writer's purpose is to show that the Book of Revelation is to be taken literally, and that it is written in chronological order. The text of the Old Version is used and is printed at the top of each subject. The chapter and verse divisions are ignored. The text is emphasized by the use of capitals and black type. This helps to explain it and make it clear to the general reader. The descriptive matter of the book is emphasized in the same manner. Rev. Clarence Larkin (1850-1924) was an American Baptist pastor, Bible teacher and author whose writings on Dispensationalism had a great impact on conservative Protestant visual culture in the 20th century. His intricate and influential charts provided readers with a visual strategy for mapping God's action in history and for interpreting complex biblical prophecies.