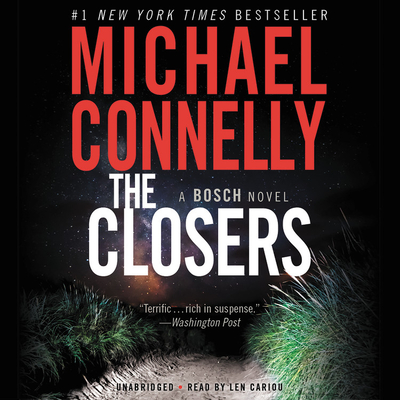 This is book number 11 in the Harry Bosch series.

After three years out of the LAPD, Harry Bosch returns to find the department a different place from the one he left. A new police chief has been brought in from New York to give the place a thorough clean up from top to bottom. Working with his former partner, Kiz Rider, Harry is assigned to the department's Open-Unsolved Unit, working on the thousands of cold cases that haunt the LAPD's files. These detectives are the Closers. They put a shovel in the dirt and turn over the past. By applying new techniques to old evidence they aim to unearth some hidden killers and bring them to justice, for a city that forgets its murder victims is a city lost.

Harry and Kiz are given a politically sensitive case when a DNA match connects a white supremacist to the 1988 murder of Rebecca Verloren, a sixteen-year-old girl. Becky was of mixed race, and the case appears to have a racial angle. This was LA before the riots and Rodney King, when the city was a powder keg waiting for a match. The detectives who worked the case all those years ago seem to have done a decent job, but something doesn t fit.

Meanwhile Harry's nemesis, Deputy Chief Irving, is watching him. In the new clean LAPD Irving has been sidelined to a meaningless job. Compelled by vengeance, he hopes Harry will make a slip.