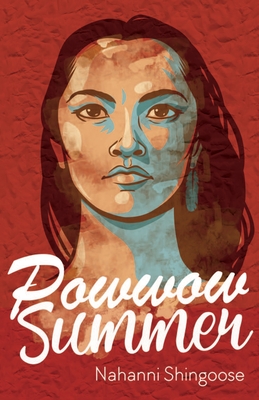 Part Ojibwe and part white, River lives with her white mother and stepfather on a farm in Ontario. Teased about her Indigenous heritage as a young girl, she feels like she doesn't belong and struggles with her identity.

Now eighteen and just finished high school, River travels to Winnipeg to spend the summer with her Indigenous father and grandmother, where she sees firsthand what it means to be an urban Indian.

On her family's nearby reserve, she learns more than she expects about the lives of Indigenous people, including the presence of Indigenous gangs and the multi-generational effects of the residential school system. But River also discovers a deep respect for and connection with the land and her cultural traditions. The highlight of her summer is attending the annual powwow with her new friends.

At the powwow after party, however, River drinks too much and posts photos online that anger people and she has her right to identify as an Indigenous person called into question.

Can River ever begin to resolve the complexities of her identity -- Indigenous and not?

NAHANNI SHINGOOSE is Saulteaux, originally from Roseau River First Nation, Manitoba. She is an elementary teacher and author of Indigenous content, including teacher resources, picture books, graphic novels, and fiction for teens and young adults. She is the recipient of a Golden Leaf National Publishing Award, an Indspire Indigenous Educator Award, and two Prime Minister's Awards for Excellence in Teaching. Nahanni is also Lead Writer for the National Film Board's Indigenous Education and Reconciliation Program. She lives in Stoney Creek, Ontario.