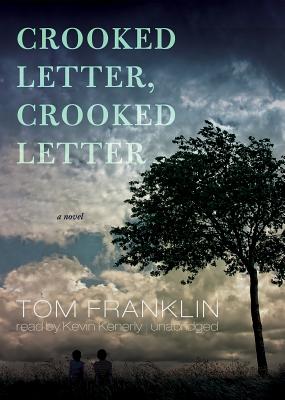 By Tom Franklin, Kevin Kenerly (Read by)
Email or call for price.
Out of Print

“This is a spellbinding novel about friendship, honesty and race relations in Mississippi. The two main characters, Silas Jones and Larry Ott are childhood friends who have been separated by circumstance and time. Now, adults, they are thrust in each other's path again when a girl goes missing and the past must be confronted. A thriller as well as a character study, this powerful and redemptive novel, reminiscent of Dennis Lehane and Attica Locke, is unforgettable.”
— Tova Beiser, Brown University Bookstore, Providence, RI

In a small Mississippi town, two men are torn apart by circumstance and reunited by tragedy in this resonant new novel from the award-winning author of the critically-acclaimed Hell at the Breech.

Larry Ott and Silas "32" Jones were unlikely boyhood friends. Larry was the child of lower middle-class white parents, Silas the son of a poor, single, black mother--their worlds as different as night and day. Yet a special bond developed between them in Chabot, Mississippi. But within a few years, tragedy struck. In high school, a girl who lived up the road from Larry had gone to the drive-in movie with him and nobody had seen her again. Her stepfather tried to have Larry arrested but no body was found and Larry never confessed. The incident shook up the town, including Silas, and the bond the boys shared was irrevocably broken.

Almost thirty years have passed. Larry, a mechanic, lives a solitary existence in Chabot, never able to rise above the whispers of suspicion, the looks of blame that have shadowed him. Silas left home to play college baseball, but now he's Chabot's constable. The men have few reasons to cross paths, and they rarely do--until fate intervenes again.

Another teenaged girl has disappeared, causing rumors to swirl once again. Now, two men who once called each other friend are finally forced to confront the painful past they've buried for too many years.