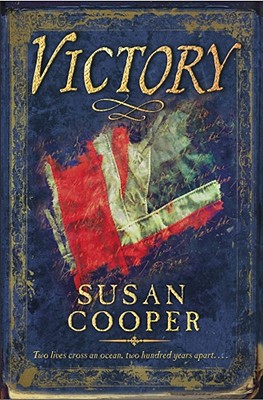 One child is Sam Robbins, a powder monkey aboard HMS Victory, the ship in which Vice-Admiral Lord Nelson will die a hero's death at the Battle of Trafalgar in 1805. The other is Molly Jennings, an English girl transplanted from London to the United States in 2006, fighting a battle of her own against loss and loneliness.

This extraordinary time-shifting adventure tells the interwoven stories of Sam and Molly, linked by a mystery. Sam is a farm boy, kidnapped at eleven years old by the "press gang" to serve in the Royal Navy. At first terrified and seasick, Sam is transformed gradually into a sailor. In the rowdy, dangerous world of a hundred-gun warship enduring the Napoleonic Wars, he meets both cruelty and kindness, and survives a fearsome battle whose echoes reach through the years to involve Molly as well. Like Sam, Molly has lost her childhood but will find her future, with help from a very unexpected source.

Separate yet together, Sam Robbins and Molly Jennings struggle through fear and excitement to a final ordeal that terrifyingly tests their courage. And the moving climax of the book shows two lives joined forever by the touch of Nelson, one of the greatest sailors of all time.

Susan Cooper is one of our foremost children’s authors; her classic five-book fantasy sequence The Dark Is Rising has sold millions of copies worldwide. Her many books have won the Newbery Medal, a Newbery Honor, and the Boston Globe-Horn Book Award, and been shortlisted five times for the Carnegie Medal. She combines fantasy with history in Victory (a Washington Post Top Ten for Children novel), King of Shadows and Ghost Hawk, and her magical The Boggart and the Monster, second in a trilogy, won the Scottish Arts Council’s Children’s Book Award. Susan Cooper lives on a saltmarsh island in Massachusetts, and you can visit her online at TheLostLand.com.

“A vivid historical tale within the framework of a compelling modern story.”

“Cooper’s deep, organic interweaving of themes of memory and heritage, dream and bereavement, and her persistent imagery of the sea and sailing make this a powerful, demanding novel…It rewards rereading and reminds us that in historical fiction, ordinary words, intently arranged and deliberately paced, can offer an intense vision and emotional transport that constitute a voyage of their own.”

“Cooper, a Newbery medalist, has interwoven history and fantasy before…but nowhere, I think, has she done it more hauntingly or gracefully than in this loving tribute to Nelson....”