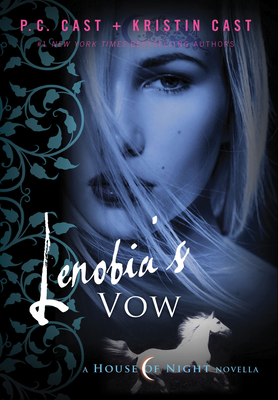 This is book number 2 in the House of Night Novellas series.

Evreux, France, 1788: Before she is Zoey's favorite professor and the House of Night's powerful horse mistress… Lenobia is just a normal 16-year-old girl – with enough problems to last a lifetime. As the illegitimate daughter of a powerful baron, she has never quite belonged, and instead has to watch her spoiled half-sister, Cecile, get anything she wants. As if that's not enough, her remarkable beauty draws unwanted attention wherever she goes. For once, she would like to just fit in.

But when fate intervenes, Lenobia suddenly finds herself surrounded by other girls, on a ship bound for New Orleans, where they will be married off to the city's richest Frenchmen. And they're not alone…. An evil bishop who is skilled in Dark magic makes the same journey. His appetite for lovely young women makes him dangerous – most of all to Lenobia, who caught his eye back in France. So she remains hidden, making secret visits to the ship's stables, where a handsome young man and his beautiful Percheron horses soon capture her attention.

Will they make it to land before the bishop discovers her true identity and a powerful evil breaks loose? And will Lenobia follow her heart, even if it puts lives at risk? Find out more about one of your favorite professors in Lenobia's Vow, the next heart-thumping House of Night Novella by PC Cast and Kristin Cast.