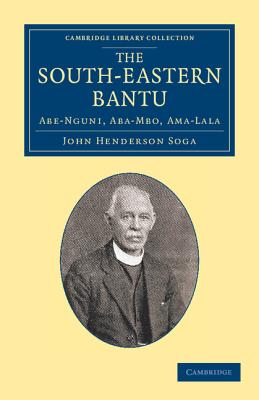 Son of Tiyo Soga, the first black South African to be ordained, John Henderson Soga (1860-1941) was a Xhosa minister and scholar. Like his father, he was one of the first of his people to receive an education in Europe and to marry a European woman. His perspective on his people's history is therefore distinctive. Driven by a desire to record Xhosa traditions before they were lost in a changing world, Soga collected oral histories during his work at mission stations in South Africa, producing this historical survey of three branches of the Bantu family. Including genealogies of the main tribes, and tracing their traditions, beliefs and conflicts, the work first appeared in this English version in 1930, having been translated by the author from his native language. His equally authoritative work of social anthropology, The Ama-Xosa: Life and Customs (1932), is also reissued in this series.