The Hermits of Big Sur (Paperback) 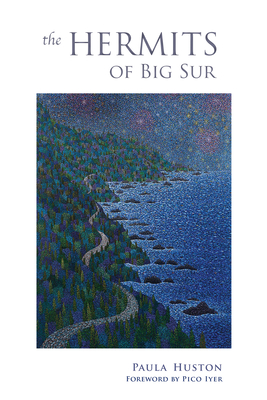 The Hermits of Big Sur (Paperback)

Between World War II and Vatican II, as Italy struggled to rebuild after decades of Mussolini's fascism, an eleventh-century order of contemplative monks in the Apennines were urged by Thomas Merton to found a daughter house on the rugged coast of California. A brilliant but world-weary ex-Jesuit, who had recently withdrawn from a high-intensity public life to go into reclusion at the ancient Sacro Eremo of Camaldoli, was tapped for the job.

Based on notes kept for over sixty years by an early American novice at New Camaldoli Hermitage, The Hermits of Big Sur tellsthe compelling story of what unfolds within this small and idealistic community when medievalism must finally come to terms with modernism. It traces the call toward fuga mundi in the young seekers who arrive to try their vocations, only to discover that the monastic life requires much more of them than a bare desire for solitude. And it describes the miraculous transformation that sometimes occurs in individual monks after decades of lectio divina, silent meditation, liturgical faithfulness, and the communal bonds they have formed through the practice of the "privilege of love."
National Endowment of the Arts Fellow Paula Huston is a longtime oblate of New Camaldoli Hermitage. The author of two novels and seven works of spiritual nonfiction, she lives with her husband Mike on four acres eighty miles south of Big Sur, where they grow olives, keep bees, and raise vegetables. She spends her days in the garden, the kitchen, and her writing studio, endlessly inspired by two devoted dogs and four fascinating grandchildren.