Hidden Treasures in the Book of Job: How the Oldest Book in the Bible Answers Today's Scientific Questions (Reasons to Believe) (Paperback) 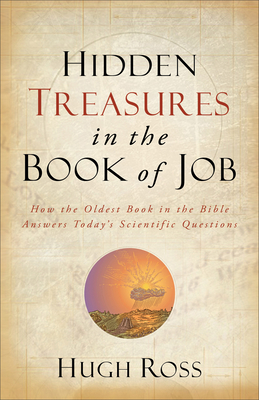 Hidden Treasures in the Book of Job: How the Oldest Book in the Bible Answers Today's Scientific Questions (Reasons to Believe) (Paperback)


Usually Ships in 1-2 Days
Arguably the oldest book in the Bible, the book of Job has a surprising amount to say about some of the newest scientific discoveries and controversies. Far from a book that is just about suffering, Job is filled with rich insight into both ancient and modern questions about the formation of the world
the difference between animals and humans
cosmology
dinosaurs and the fossil record
how to care for creation
and more With careful consideration and exegesis, internationally known astrophysicist and Christian apologist Hugh Ross adds yet another compelling argument to the case for the veracity of the biblical commentary on the history of the universe, Earth, life, and humanity. Hidden Treasures in the Book of Job shows that the Bible is an accurate predictor of scientific discoveries and a trustworthy source of scientific information, and that both the book of Scripture and the book of nature are consistent both internally and externally.
Hugh Ross (PhD, University of Toronto) is founder and president of Reasons To Believe (www.reasons.org). He is the author of many books, including The Creator and the Cosmos, More Than a Theory, and Why the Universe Is the Way It Is. An astronomer, Ross has addressed students and faculty on over 300 campuses in the United States and abroad on a wide variety of science-faith topics. From science conferences to churches to government labs, Ross presents powerful evidence for a purpose-filled universe. He lives in the Los Angeles area.