The Apostle: A Life of Paul (Paperback) 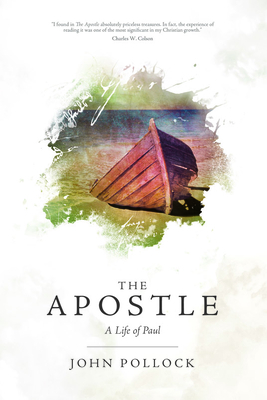 The drama of a novel meets scholarship in leading Christian biographer John Pollock's classic work about one of the most transforming persons in history: the apostle Paul.

The Apostle masterfully combines careful adherence to biblical text, detailed research, and a storyteller's gift to create a book equally relevant for both casual readers fascinated by Paul's life and serious biblical scholars. Pollock begins his fast-movig narrative with Stephen's death and follows Paul through his conversion, missionary journeys, and eventual execution. Many will enjoy it simply as a satisfying and insightful true-life story, although maps and a study guide allow for deeper exploration. The Apostle was originally published in 1969, and this new edition marks the first significant revision in many years.

John Pollock was one of the preeminent Christian biographers of his generation. Over four million copies of his books have been sold in English alone, works that covered the lives of Hudson Taylor, William Wilberforce, and John Wesley. He also wrote The Master: A Life of Jesus, and served as Billy Graham's official biographer. John and his wife Anne traveled widely in many parts of the world for the purposes of research.