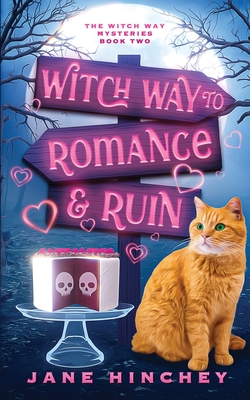 Is a quiet life in the magical town of Whitefall Cove too much to ask? Apparently, for Harper Jones, it is. With the annual fundraising ball on the horizon, all of Harper's dreams go up in smoke.

Just as her grandmother gears up to finally take down the Decadent Desserts Competition reigning winner, the former victor is found dead. With Gran as the number one suspect, Harper has her hands full trying to clear her grandmother's name while also attempting to keep two covens from taking out the other.

But these feuding covens, filled with cranky, elderly witches, will stop at nothing to prove who has more power and spark. As spells backfire and the town feels the wrath, can Harper uncover the Whitefall Cove murderer before the next spell is cast?