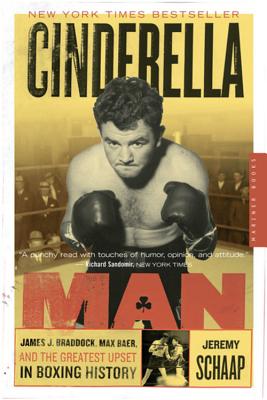 A riveting tale of perseverance in the face of hardship, Cinderella Man is the chronicle of the boxer James J. Braddock, whose exceptional story of achievement against all odds was the subject of a major motion picture. Braddock, dubbed the Cinderella Man, staged the greatest comeback in fighting history, rising in the span of twelve months from the relief rolls to a face-off against the heavyweight champion, Max Baer.

Against the gritty backdrop of Depression-era New York, Schaap paints a vivid picture of the fight world in its golden age, evoking a time when boxing resonated with a country trying desperately to get back on its feet.

Jeremy Schaap is the author of the New York Times bestseller Cinderella Man. An ESPN anchor and national correspondent, his work has been published in Sports Illustrated, ESPN the Magazine, Time, Parade, TV Guide, and the New York Times. He has also appeared on ABC's World News Tonight and the CBS Evening News. He is the son of the award-winning journalist Dick Schaap.