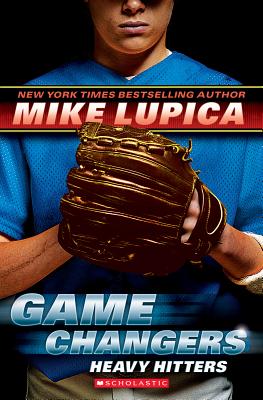 This is book number 3 in the Game Changers series.

Ben and his friends, the Core Four Plus One, are so excited to play in their town's All-Star Baseball league. But in the first game of the season Ben gets hit by a pitch. It's never happened to him before and it shakes him up.

Another player on Ben's team, Justin, is acting really weirdly. Ben's known Justin for a while and they're friendly but he's not one of Ben's closest "boys." Justin is the team's best hitter but his behavior on and off the field is erratic.

Ben discovers that Justin's parents are getting a divorce and Justin is thinking about quitting the team. Like good teammates do, Justin helps Ben deal with his issues at bat while Ben is there for his friend while his family is struggling.

Mike Lupica is a NEW YORK TIMES bestselling author of several books for young readers. His NEW YORK DAILY NEWS column is syndicated nationally. Mr. Lupica lives in Connecticut with his wife and their four children. You can visit Mike Lupica at www.mikelupicabooks.com.

"Friendship and family are at the forefront of this story, which is nonetheless packed with sports lingo and exciting playby-plays that are guaranteed to hit home with baseball fans." -Booklist

"Like the first in the series, this volume provides an action-packed look at middle school sports as it explores issues of friendship, problem solving and coming-of-age." -KIRKUS

"Even the female characters display intelligence and insight, a rarity in male sports fiction. A first-rate, inspiring football story, this will leave fans with an understanding that not all teamwork occurs on the gridiron." -BOOKLIST ONLINE REVIEW