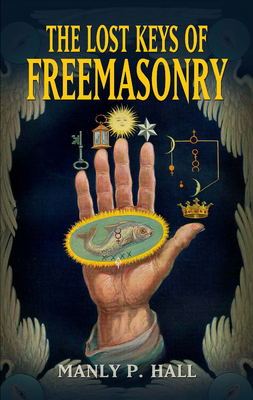 
Usually Ships in 1-2 Days
A high-ranking Mason offers a fascinating glimpse into the Western world's most secretive society. Manly P. Hall, a scholar of occult and esoteric ideas, traces the path followed by initiates to the ancient craft. Hall also recounts the ethical training required of a Freemason, and he profiles the character traits a Mason must build within himself.
More than a mere social organization a few centuries old, Freemasonry can be regarded as a perpetuation of the philosophical mysteries and initiations of the ancients. This book reveals the unique and distinctive elements that have inspired generations of Masons. Thoughtful members of the craft, as well as outsiders, will appreciate its exploration of Masonic idealism and the eternal quest, from humble candidate to entered apprentice and master Mason.
Canadian-born author and mystic Manly Palmer Hall (1901-90) founded the Philosophical Research Society. In his eight decades of public life -- which included thousands of lectures, more than 150 books and essays, and countless magazine articles -- Hall emphasized the practical aspects of philosophy and religion.