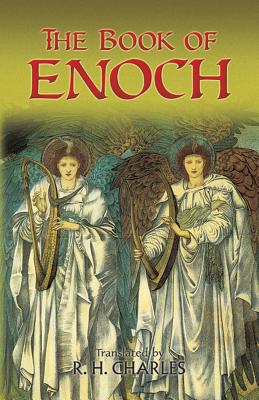 R. H. Charles provides a definitive translation of one of the most noted apocalyptic works still in existence. Often described as the lost book of the Bible, The Book of Enoch seems to have been written in Palestine by several different authors in the first and second centuries B.C. For hundreds of years it was accepted by the early church fathers, but it was rejected by the council of Laodicea in A.D. 364. Today, it remains a written remnant of the Apocalypse -- an ardent testament to hope and the triumph of good over evil in the dawning of a world to come. Rife with concepts of original sin, fallen angels, demonology, resurrection, and the last judgment, it is a vital document to the origins of Christianity.
The Book of Enoch is comprised of various monumental works: The Book of Enoch, The Parables, The Book of the Courses of the Heavenly Luminaries, The Dream Visions, The Concluding Section, and The Noah Fragments. Each work is independent, but all the works are bound by a common theme: the punishment of the wicked and the blessedness of the righteous. This edition, complete with analysis and notes, is an indispensable resource for the study and understanding of both the Old and New Testaments.