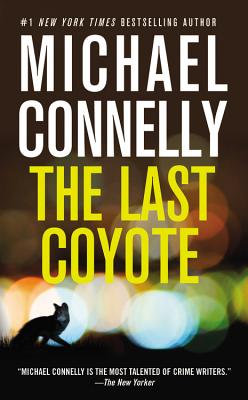 By Michael Connelly
$7.99
Hard to Find

This is book number 4 in the A Harry Bosch Novel series.

Harry attacked his commanding officer and is suspended indefinitely, pending a psychiatric evaluation. At first he resists the LAPD shrink, but finally recognizes that something is troubling him and has for a long time. In 1961, when Harry was twelve, his mother, a prostitute, was brutally murdered, and no one has ever been accused of the crime.

With the spare time a suspension brings, Harry opens up the thirty-year-old file on the case and is irresistibly drawn into a past he has always avoided. It's clear that the case was fumbled and the smell of a cover-up is unmistakable. Someone powerful was able to divert justice and Harry vows to uncover the truth. As he relentlessly follows the broken pieces of the case, the stirred interest causes new murders and pushes Harry to the edge of his job... and his life.

MICHAEL CONNELLY is a former journalist and author of over a dozen bestselling books, including the Harry Bosch novels and Blood Work, which was a major motion picture. He has won numerous awards for his journalism, as well as an Edgar Award, a Nero Wolfe prize, a Macavity Award, and an Anthony Award for his books. Michael Connelly lives in Florida.