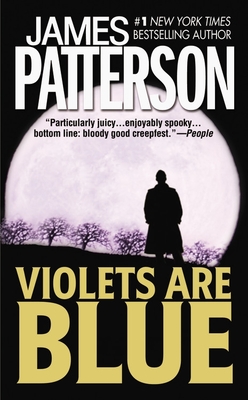 This is book number 7 in the An Alex Cross Thriller series.

Detective Alex Cross must confront his most terrifying nemesis ever- and his own deepest fears- in this electrifying thriller from the world's #1 bestselling writer.
D.C. Detective Alex Cross has seen a lot of crime scenes. But even he is appalled by the gruesome murders of two joggers in San Francisco's Golden Gate Park-killings that look more like the work of savage beasts than humans. Local police are horrified and even the FBI is baffled.
Then, as Cross is called in to take on the case, the carnage takes off, leaving a trail of bodies across America and sweeping him to Savannah, Las Vegas, New Orleans, Los Angeles as his nemesis, the merciless criminal known as the Mastermind, stalks him, taunts him, and once again, threatens everything he holds dear...
James Patterson has had more New York Times bestsellers than any other writer, ever, according to Guinness World Records. Since his first novel won the Edgar Award in 1977 James Patterson's books have sold more than 300 million copies. He is the author of the Alex Cross novels, the most popular detective series of the past twenty-five years, including Kiss the Girls and Along Came a Spider. He writes full-time and lives in Florida with his family.

"Another page-turner . . . You won't be able to put 'Violets' down until you've reached the back cover."—New York Times