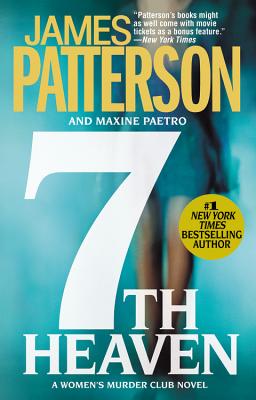 The Women's Murder Club is back in action in an electrifying new thriller--chasing a killer with a taste for fire.


Two cases have pushed San Francisco detective Lindsay Boxer beyond her limits. In the first, a terrible fire in a wealthy home left a married couple dead and Lindsay and her partner Rich Conklin searching for clues. At the same time, Michael Campion, the son of California's ex-governor, with a reputation for partying, has been missing for a month. When there finally seems to be a lead in his case, it is a devastating one. And the combined pressure from the press and the brass is overwhelming.

Assistant District attorney Yuki Castellano plunges into the biggest case of her life to get to the bottom of Michael Campion's disappearance. As fire after fire consumes couples in expensive neighborhoods, Lindsay and her friends in the Women's Murder Club race to find the arsonists responsible. But suddenly the fires are raging too close to home. Frightened for her life and torn between two men, Lindsay confronts the most daunting dilemmas she's ever faced---in a thriller with unexpected twists and emotional extremes of the kind only James Patterson can deliver

James Patterson has had more "New York Times" bestsellers than any other writer, ever, according to "Guinness World Records." Since his first novel won the Edgar Award in 1977 James Patterson's books have sold more than 240 million copies. He is the author of the Alex Cross novels, the most popular detective series of the past twenty-five years, including "Kiss the Girls "and "Along Came a Spider." Mr. Patterson also writes the bestselling Women's Murder Club novels, set in San Francisco, and the top-selling New York detective series of all time, featuring Detective Michael Bennett. He writes full-time and lives in Florida with his family.

"Buy this one--you will understand why Mr. Patterson is referred to as 'the most addictive writer at work today.'"
-Bestsellersworld.com on 3rd Degree

"Those who haven't read any of the novels in the Women's Murder Club series are cheating themselves."
-Bookreporter.com on The 5th Horseman

"Patterson knows where our deepest fears are buried...There's no stopping his imagination."
-New York Times Book Review on 1st to Die

"Once you start reading, you can't put down...Grab a hold of this one."
-EdgeBoston.com on 4th of July