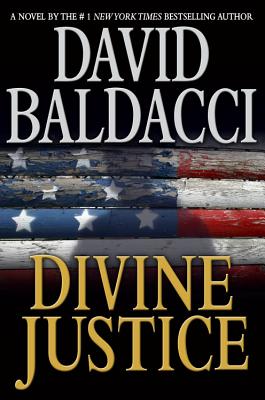 Known by his alias, "Oliver Stone," John Carr is the most wanted man in America. With two pulls of the trigger, the men who hid the truth of Stone's past and kept him in the shadows were finally silenced. But Stone's freedom has come at a steep price; the assassinations he carried out have prompted the highest levels of the United States Government to unleash a massive manhunt. Joe Knox is leading the charge, but his superiors aren't telling him everything there is to know about his quarry-and their hidden agendas are just as dangerous as the killer he's trying to catch. Meanwhile, with their friend and unofficial leader in hiding, the members of the Camel Club must fend for themselves, even as they try to protect him. As Knox closes in, Stone's flight from the demons of his past will take him far from Washington, D.C., to the coal-mining town of Devine, Virginia-and headlong into a confrontation every bit as lethal as the one he is trying to escape.

"The narration of Divine Justice is intelligent and well placed with just enough characterization to differentiate the characters....[Ron McLarty] reads the book with passion....the quality of the writing and narration hold the listener's attention throughout. McLarty is great."

"In this well-crafted and perfectly executed thriller, Ron McLarty captures the soul of a patriot and the cold competence of a killer.... McLarty's perfect dramatizations of those aiding or threatening Stone make this a superior listen. Even the music between chapters, which foreshadows or punctuates the action, adds to the audio experience." -Winner of AudioFile Earphones Award
-AudioFile Magazine