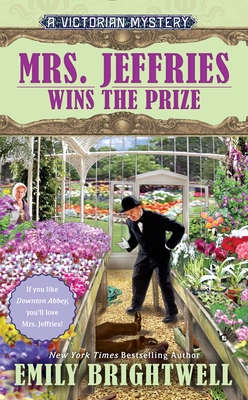 This is book number 34 in the A Victorian Mystery series.

Mrs. Jeffries is back in the New York Times bestselling Victorian series, perfect for fans of Downton Abbey.

NIPPED IN THE BUD

The ladies of the Mayfair Orchid and Exotic Plant Society are known for a bit of friendly rivalry, but the backstabbing has never been literal—until now. When Hiram Filmore, an orchid hunter and supplier, is found dead in Mrs. Helena Rayburn’s conservatory, Inspector Witherspoon is called in to weed out a murderer.

When it comes out that Mrs. Rayburn and her flowery friends knew each other from long ago, Mrs. Jeffries begins to suspect that there’s more to unearth about this case than meets the eye. Now she, along with the rest of Inspector Witherspoon’s household and friends, will have to dig up the past to figure out which gardening gentlewoman had a grudge worth killing for...

She keeps house for Inspector Witherspoon . . . and keeps him on his toes. Everyone’s awed by his Scotland Yard successes—but they don’t know about his secret weapon. No matter how messy the murder or how dirty the deed, Mrs. Jeffries’ polished detection skills are up to the task . . . proving that behind every great man there’s a woman—and that a crimesolver’s work is never done.

Praise for the Mrs. Jeffries mysteries

“[A] winning combination in Witherspoon and Jeffries. It’s murder most English all the way!”—The Literary Times

“One historical mystery series that never gets boring or dull.”—Midwest Book Review