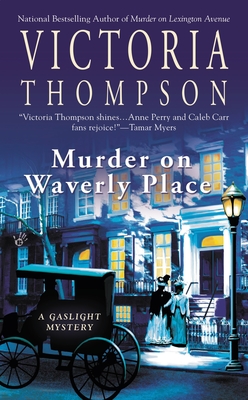 This is book number 11 in the A Gaslight Mystery series.

Midwife and sleuth Sarah Brandt and Detective Sergeant Frank Malloy must protect Sarah's mother from scandal after she tries to contact her dead daughter during a séance that sends one of the attendees into the afterlife. But first, they have to determine how the woman was murdered in the pitch dark when all the suspects were holding hands.
Victoria Thompson is the Edgar(r) Award-nominated author of the Gaslight mystery series and 20 additional historical novels. She lives in Pennsylvania with her family.