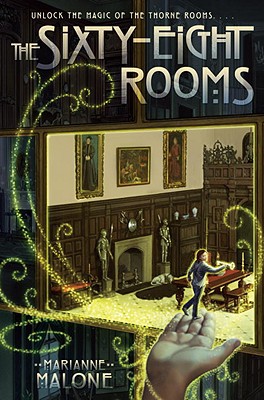 “When Jack and Ruthie find themselves heading to the Thorne Miniature Rooms in the Children's Galleries of the Chicago Art Institute for a class field trip, little do they know they will discover the key to taking them back in time and opening the doors to rooms that hold the secrets of history. This is a story that will sweep young readers into the magic of an exciting art and history mystery adventure.”
— Carol Hicks, Bookshelf At Hooligan Rocks, Truckee, CA

Almost everybody who has grown up in Chicago knows about the Thorne Rooms. Housed in the Children’s Galleries of the Chicago Art Institute, they are a collection of 68 exquisitely crafted miniature rooms made in the 1930s by Mrs. James Ward Thorne. Each of the 68 rooms is designed in the style of a different historic period, and every detail is perfect, from the knobs on the doors to the candles in the candlesticks. Some might even say, the rooms are magic.

Fans of Chasing Vermeer, The Doll People, and From the Mixed-Up Files of Mrs. Basil E. Frankweiler will be swept up in the magic of this exciting art adventure!

Marianne Malone is the cofounder of the Campus School Middle School for Girls in Urbana, Illinois. She and her husband divide their time between Urbana and Washington, D.C. For Teacher's Guides (including common core tie-ins) and more, visit MarianneMalone.com. "From the Hardcover edition."