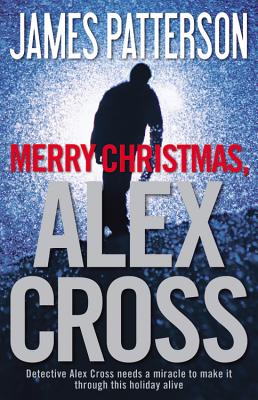 This is book number 2 in the Alex Cross Adventures series.

On Christmas Eve, Alex Cross must risk everything to solve a mystery and stop a hostage situation from spiraling out of control.
It's Christmas Eve and Detective Alex Cross has been called out to catch someone who's robbing his church's poor box. That mission behind him, Alex returns home to celebrate with Bree, Nana, and his children. The tree decorating is barely underway before his phone rings again: a horrific hostage situation is quickly spiraling out of control.
Away from his own family on the most precious of days, Alex calls upon every ounce of his training, creativity, and daring to save another family. Alex risks everything-and he may not make it back alive on this most sacred of family days. Alex Cross is a hero for our time, and never more so than in this story of family, action, and the deepest moral choices. Merry Christmas, Alex Cross is a holiday classic for thriller fans everywhere.
James Patterson has had more New York Times bestsellers than any other writer, ever, according to Guinness World Records. Since his first novel won the Edgar Award in 1977 James Patterson's books have sold more than 300 million copies. He is the author of the Alex Cross novels, the most popular detective series of the past twenty-five years, including Kiss the Girls and Along Came a Spider. He writes full-time and lives in Florida with his family.