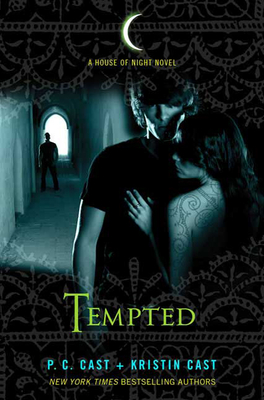 This is book number 6 in the House of Night Novels series.

So…you'd think after banishing an immortal being and a fallen High Priestess, saving Stark's life, biting Heath, getting a headache from Erik, and almost dying, Zoey Redbird would catch a break. Sadly, a break is not in the House of Night school forecast for the High Priestess in training and her gang. Juggling three guys is anything but a stress reliever, especially when one of them is a sexy Warrior who is so into protecting Zoey that he can sense her emotions. Speaking of stress, the dark force lurking in the tunnels under the Tulsa Depot is spreading, and Zoey is beginning to believe Stevie Rae could be responsible for a lot more than a group of misfit red fledglings. Aphrodite's visions warn Zoey to stay away from Kalona and his dark allure, but they also show that it is Zoey who has the power to stop the evil immortal. Soon it becomes obvious that Zoey has no choice: if she doesn't go to Kalona he will exact a fiery vengeance on those closest to her. Will Zoey have the courage to chance losing her life, her heart, and her soul? Find out in the next spectacular installment in the House of Night Series, Tempted.

“Cast and Cast pull out all the stops and take this story to shattering new heights with devastating consequences!” —Romantic Times (4 ½ stars)

“P. C. And Kristin Cast have made an absolutely amazing [YA] series. The visuals offered by this fantastic duo are entertaining and imaginative, with nonstop action.... This is easily a [YA] series that can entertain adults with action, hot Vampyres, true friendship, budding romance, a Loving Goddess, and a twist of the unexpected.” —HowlingGoodBooks.com (5 stars)

“I loved every one of the books in the [House of Night] series. Tempted is my definite favorite…. This book had me ripping through the pages.” —Teen review on Flamingnet.com

“This highly addicting series offers a unique twist on the standard vampyre story....These books will have the reader laughing hysterically and sobbing unreservedly -sometimes all at once.” —VOYA on Marked and Betrayed