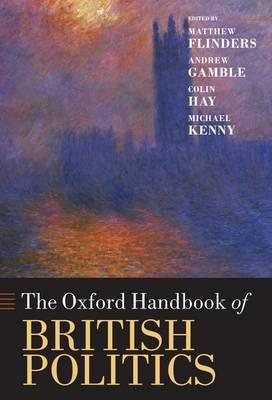 
Usually Ships in 1-2 Days
The study of British politics has been reinvigorated in recent years as a generation of new scholars seeks to build-upon a distinct disciplinary heritage while also exploring new empirical territory, and finds much support and encouragement from previous generations in forging new grounds in relation to theory and methods. It is in this context that The Oxford Handbook of British Politics has been conceived. The central ambition of the Handbook is not just to illustrate both the breadth and depth of scholarship that is to be found within the field. It also seeks to demonstrate the vibrancy and critical self-reflection that has cultivated a much sharper and engaging, and notably less insular, approach to the terrain it seeks to explore and understand. In this emphasis on critical engagement, disciplinary evolution, and a commitment to shaping rather than re-stating the discipline The Oxford Handbook of British Politics is consciously distinctive. In showcasing the diversity now found in the analysis of British politics, the Handbook is built upon three foundations. The first principle that underpins the volume is a broad understanding of 'the political'. It covers a much broader range of topics, themes and issues than would commonly be found within a book on British politics. This emphasis on an inclusive approach also characterizes the second principle that has shaped this collection--namely, diversity in relation to commissioned authors. The final principle focuses on the distinctiveness of the study of British politics. Each chapter seeks to reflect on what is distinctive--both in terms of the empirical nature of the issue of concern, and the theories and methods that have been deployed to unravel the nature and causes of the debate. The result is a unique volume that: draws-upon the intellectual strengths of the study of British politics; reflects the innate diversity and inclusiveness of the discipline; isolates certain distinctive issues and then reflects on their broader international relevance; and finally looks to the future by pointing towards emerging or overlooked areas of research.

Matthew Flinders is Reader in Parliamentary Government and Governance at the University of Sheffield. He was awarded the Harrison Prize in 2002, the Richard Rose Prize in 2004, and during 2005-2006 he held a Whitehall Fellowship within the Cabinet Office. Andrew Gamble is Professor of Politics and Head of Department at the University of Cambridge. He currently holds a Leverhulme Fellowship (2004-07), researching images of Anglo-America in British politics. Colin Hay is Professor of Political Analysis and co-director of the Political Economy Research Centre at the University of Sheffield. He is the author of a number of books, including Why We Hate Politics, Political Analysis, and The Political Economy of New Labour. He is co-founder and co-editor of the journals Comparative European Politics and British Politics and an editor of New Political Economy. Michael Kenny is Professor of Politics at Sheffield University. He is a member of the editorial boards of the journals New Political Economy and Contemporary Political Theory. His main research interests are in the fields of contemporary political theory, political ideas in modern Britain, and trans-national politics and political thought.