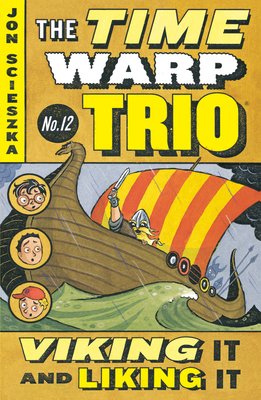 This is book number 12 in the Time Warp Trio series.

Did you know that our word Thursday comes from the Viking god Thor . . . as in Thor's Day? Neither did the Time Warp Trio. Did you know that if you say "Thursday" over and over again too close to a certain magic Book, you will get sucked back two thousand years to the time of the Vikings? Neither did the Time Warp Trio. Can our trusty heroes, Joe, Sam, and Fred, survive a wild ride with Leif Eriksson, match wits with his evil cousin, and get back home in one piece?

"This wacky combination of story and art is just right for newly independent readers who enjoy a good joke." (School Library Journal)